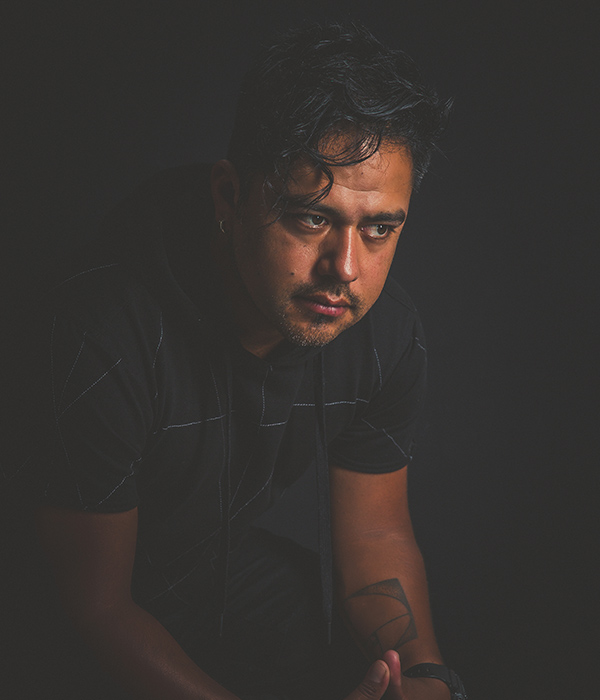 Octavio Logo presents Exodus, a traveling exhibition that employs biblical narratives in order to show the contradictions that exist between faith and humanitarianism and immigration in a predominantly Christian society. Logo is also producing a documentary film entitled ‘Voices Without Land’ as a companion to this exhibition.

Octavio Logo was born in Mexico City in 1980. Octavio studied high school at the “Diego Rivera” National Institute of Fine Arts in Mexico City, specializing in visual arts. He continued his education at “La Esmeralda” Fine Arts College before transitioning to Classical Studies at the National Autonomous University of México UNAM, majoring in Greek and Roman language and art origins. While studying, Octavio worked professionally as a restaurateur and bookbinder of ancient texts, a profession he continued for more than a decade.

Octavio returned to the art scene, creating public murals and participating in diverse artistic productions, including painting costumes for a Broadway musical in Mexico City. After traveling to several Mexican States to study printmaking and painting, his work acquired a higher social and political direction, intimately related to the turbulent and magical life in México.

Octavio’s artwork explores a wide range of topics and techniques, including graphic novels and printmaking, painting, bookbinding, mural, sculpture, and installation. He became a professional artist five years ago and has been developing projects in the United States for the past three years.