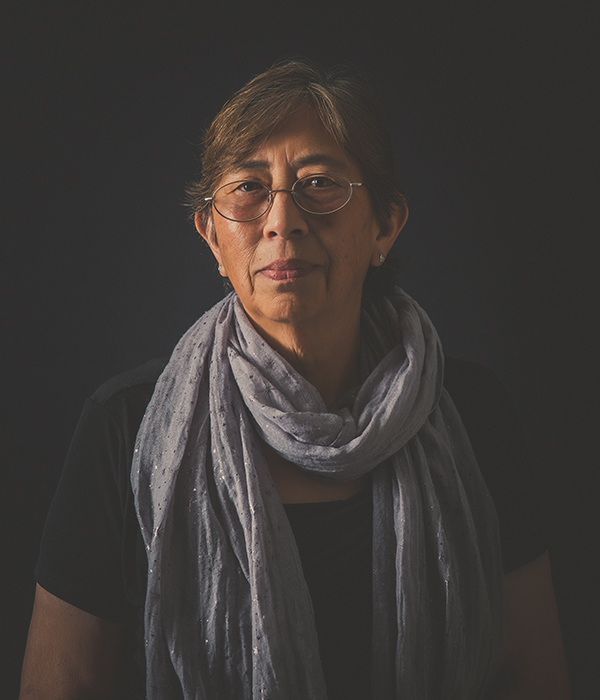 Genevieve Ryan Olson was raised in a traditional Chinese home in the San Francisco Bay Area. Her maternal grandfather immigrated from China in the 1850’s. Her father immigrated from China in the early 1900’s and her parents ran a small grocery store. She speaks Cantonese and some Mandarin. In school, Genevieve enjoyed reading, writing short stories, choir, and orchestra. She received her BFA from the California College of the Arts where she studied ceramics and textiles. She lived in various towns along the west coast before moving to Arkansas twenty years ago. She and her husband, Don, live on a small farm and have several rescued dogs, cats, and horses.

Genevieve began taking classes at the Northwest Arkansas Community College several years ago and fell in love with playwriting. Her plays have had readings and performances at NWACC, the Region 6 Kennedy Center American College Theater Festival, and other venues. Recently she began to touch on her Chinese heritage, working them into her plays. She is currently working on a full-length play based on an old Chinese superstition.